The team poured in, bright but bleary-eyed, at approximately 8 a.m., and opening ceremonies were kicked off by the national anthem not twenty minutes later. We snapped our heads towards the game schedule and found we were immediately engaged, scheduled to compete in the first qualifying match of the day. At 9 a.m., Hexcalibur had emerged from hibernation and taken its stance on the field, decked in red alliance bumpers and blinking reverently. The timer sounded, and in a flash, our alliance was victorious 72-60, but the drivers hurried to escort the robot back into the pit. Upon inquiring with the chiefs, it was found that Hexcalibur’s swiss was not functioning during the round, despite a splendid performance. Further inspection revealed that a sensor was loose in the snowblower motor, and was hastily repaired. Even so, we suffered defeat in the following two matches, but returned triumphant in the fourth and fifth, finishing the qualifying games in 6th place, making us alliance captains for the elimination rounds to come.

From the 41 participating teams, we selected our gracious hosts, Team 25, Raider Robotix, and Team 533, The PSIcotics, to ally with us in the upcoming matches. Before the games began, the annual Evil Sundae eating contest took place, stealing representatives from participating teams brave enough to eat the grotesque items hidden beneath the seemingly ordinary scoops of vanilla ice cream. The challenge of the contest is to finish the provided bowl before anyone else competing, though this plight can be thwarted via the distasteful ingredients hidden throughout the treat. This year’s sinister surprises consisted of carrots, peas, brussel sprouts, horseradish, and a zesty dose of soy sauce. Though unsuccessful, our representative put on an admirable performance, one which was met by unrelenting chants of support from our members in the stands. The bowls were whisked away, replaced with several awards presented to deserving teams, and then the playoffs got underway.

The Daleks’ alliance competed in two elimination matches, but their day ended in the quarter-final round. Still, we had a spectacular time, and amazing teamwork with our selected alliance-mates. It felt fantastic to cheer their names alongside ours, and the connections could be seen in the stands by the smiles that flew back and forth across the arena.

Being the 6th Alliance Captain was only the first chapter of our brand new season. Just one day later, and we’re already back in the building room, planning away for the competitions that lie ahead. It seems like this year, there will be no slowing down for Team 3637. But who said we liked going slow anyway? 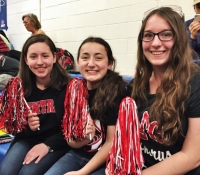 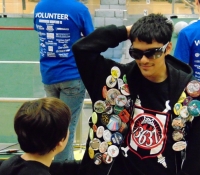 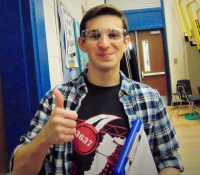 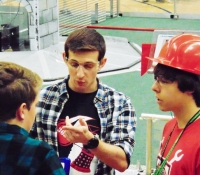 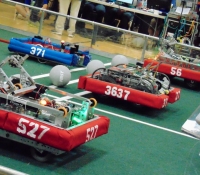 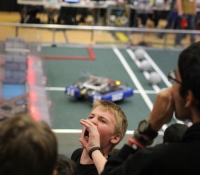 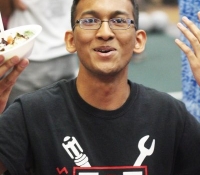 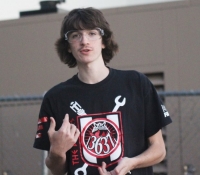 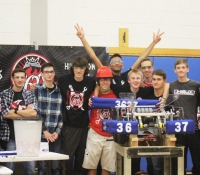 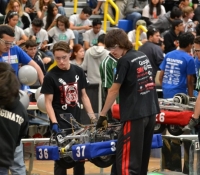 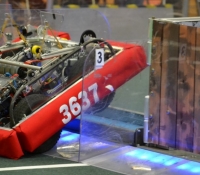 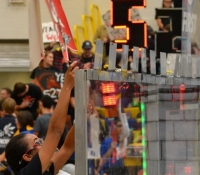 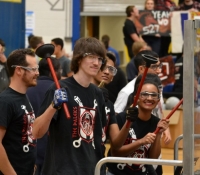