After a successful season in Team 3637’s district events, the Daleks were filled with enthusiasm and spirit heading to the Mid-Atlantic Regional competition. Lehigh University was packed with students ready for a fun and action-packed day of robotics!

As always, the qualification matches were intense, but fun nonetheless. In between matches, the Daleks met new people and collected buttons from the other teams attending. Team 3637 won the UL© Hard Hat award for the top three safest teams of the day and our safety captain, Laura, was presented the UL© Safety Star of the Day! We also passed around our sheets of “Tear-able Puns” and some of them were even announced by the MC during alliance selections. After sitting through a nail-biting alliance selection, the Daleks ultimately were not picked to join an alliance and continue into the quarter-finals.

The Daleks still stayed in good spirits. When the award ceremonies rolled around, Team 3637 was once again filled with anticipation. The Daleks were honored once again with the Industrial Safety Award sponsored by UL©!

Team 3637 had a great competition season, and will continue at Saint Louis for the World Competition! 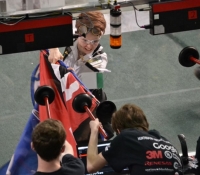 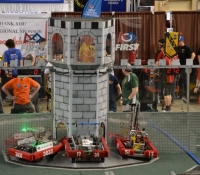 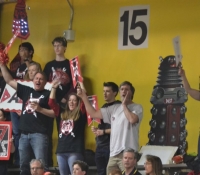 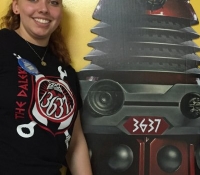 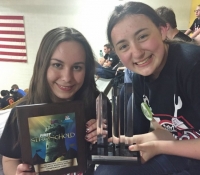