FLL® is all about thinking and problem-solving. It is also about working with teammates to achieve common goals as well as it contains important uses for science and technology. The competitors are all 5th through 8th graders. Our FLL® teams, who are mentored by members of Central’s FIRST® Robotics Team 3637, have accomplished much in their three seasons. Most recently we won the Strategy and Innovation Award in 2017. In 2016 we won Strategy and innovation award and the Innovative solution award. In 2015 we won the Robots Performance Award. We are incredibly Honored that one of our FLL® teams have made it into the state championship each year.

For our 3rd year, our teams had to develop solutions for a “Hydro Dynamics” themed scientific challenge. The Revolutionary Robotic Rescuers and the Fire-Breathing Ice Dragons were our two teams. They both had successful seasons and we are incredibly proud of all they accomplished! Read more about their achievements here.

Each Challenge has three parts: the Robot Game, the Project, and the Core Values. Teams of up to ten boys and girls participate in the Challenge by programming an autonomous robot to score points on a themed playing field (Robot Game), developing a solution to a problem they have identified (Project), all guided by the FIRST® LEGO® League Core Values. 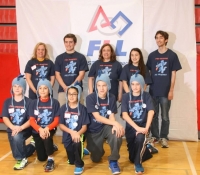 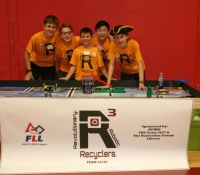 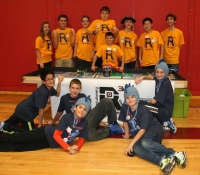