All of the teams are hard at work building the robot. While we have had some setbacks, we are managing to move ahead and actually have made great progress. Due to snow and ice, we have had two unexpected snow days. Even with this setback, the Daleks are working even harder to hit our deadlines. The primary robot is well underway and we are also working on a secondary robot for testing and practice.

The electrical team is working on putting the electronics onto the plexiglass boards. After this is completed, they will be mounting the several plexiglass boards on the robot after it is coded by the programming team. The group of students, along with some programming members, have decided to use more than one plexiglass board with different electrical components on them. For example, one board will have the motor controllers while another has the pneumatic control modules. This will allow for a more organized system and easier access to everything, just in case something needs to be adjusted. They are also working to attach metal pieces that can later be attached to the robot.

The mechanical team has been working on the primary robot to attach the pneumatic parts. They are also working on adding the second lifting system. The secondary robot is being worked on by mentors and freshmen, and they are currently working out what changes need to be made to the robot frame.

The CAD Team, which is working with an automation engineering program, is working on putting the robot and its parts into the CAD program. They are using this program to design 3D parts to build the robot on the computer.

Overall, the team has been making strides in the building of our robot. We are hard at work and hopefully will not see too many setbacks in the near future.

Pictures can be cycled faster by clicking them 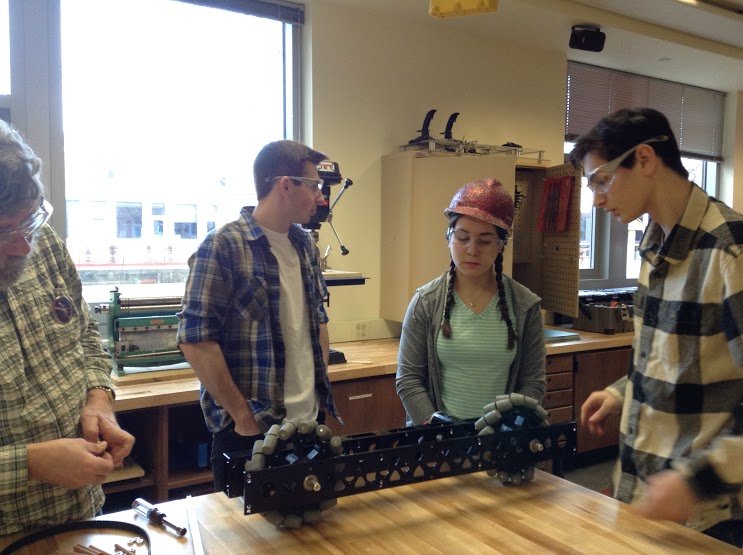 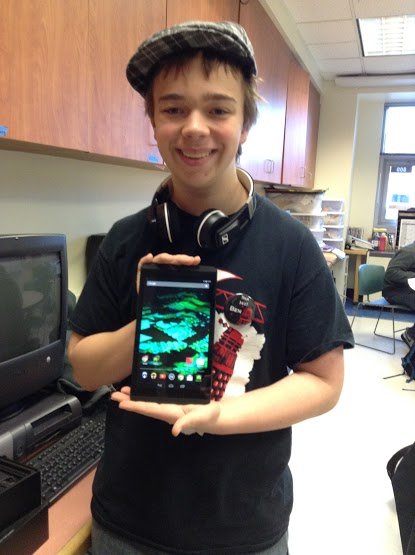 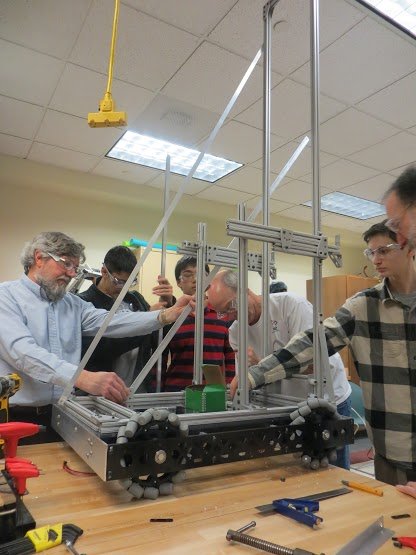 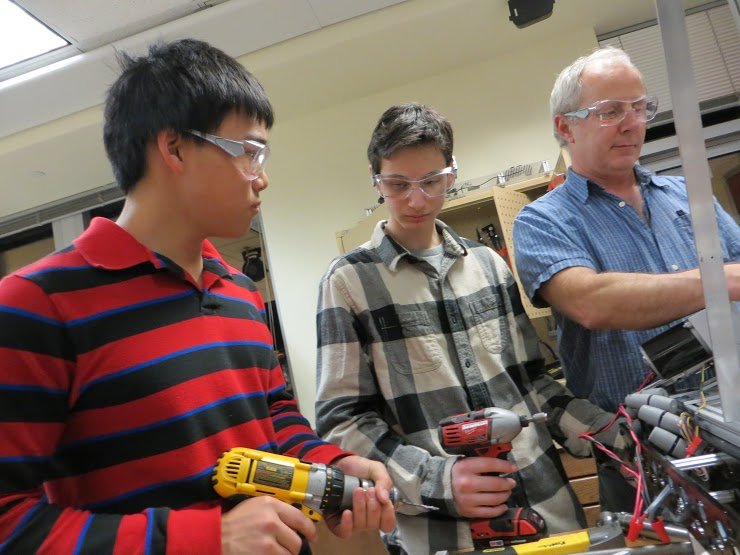 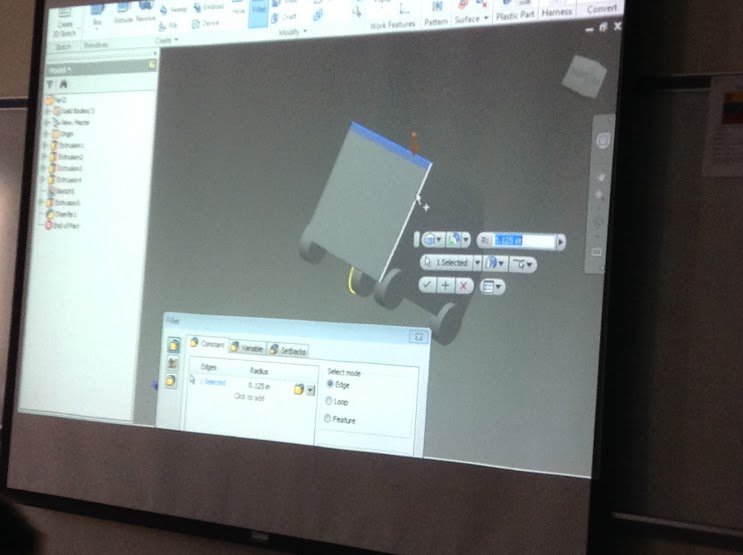 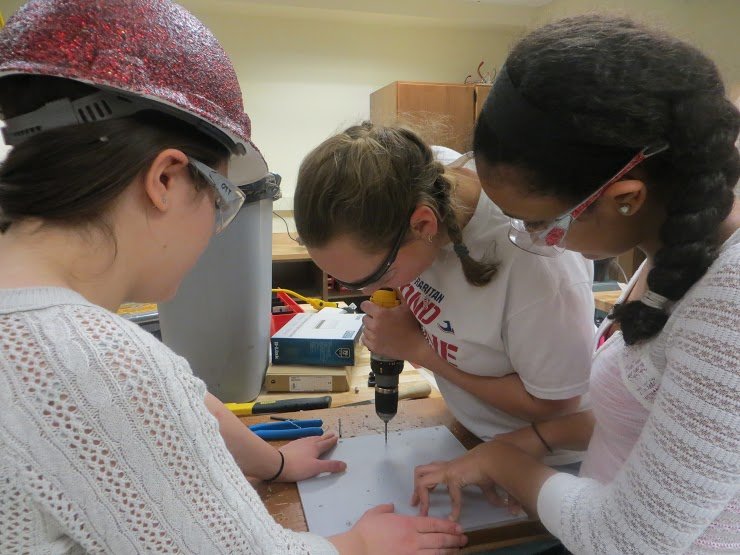 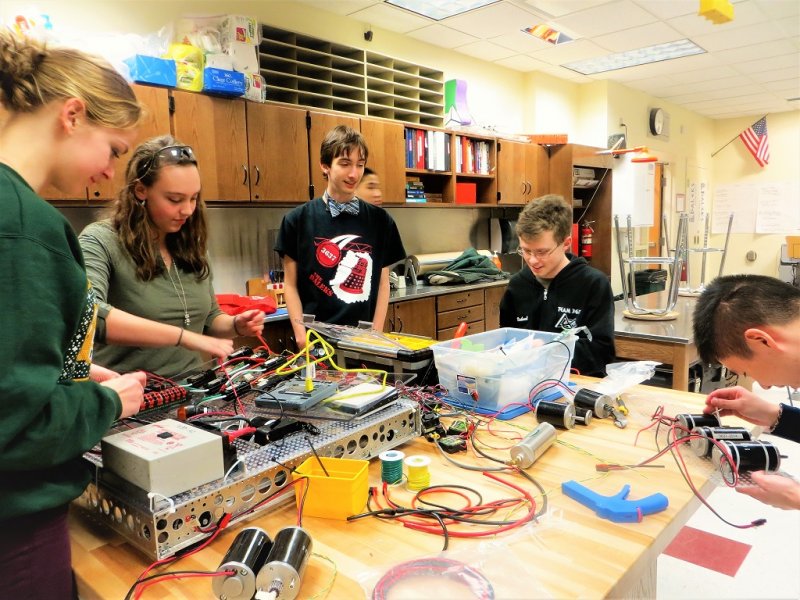 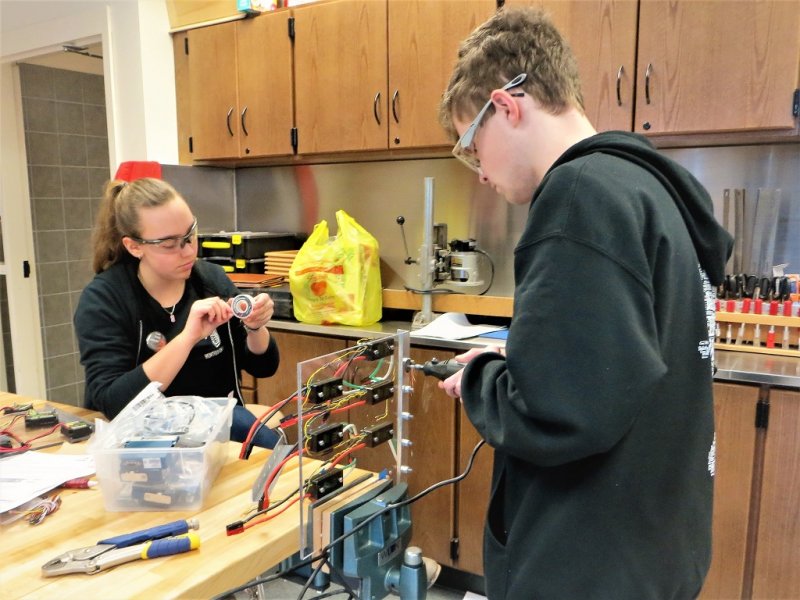 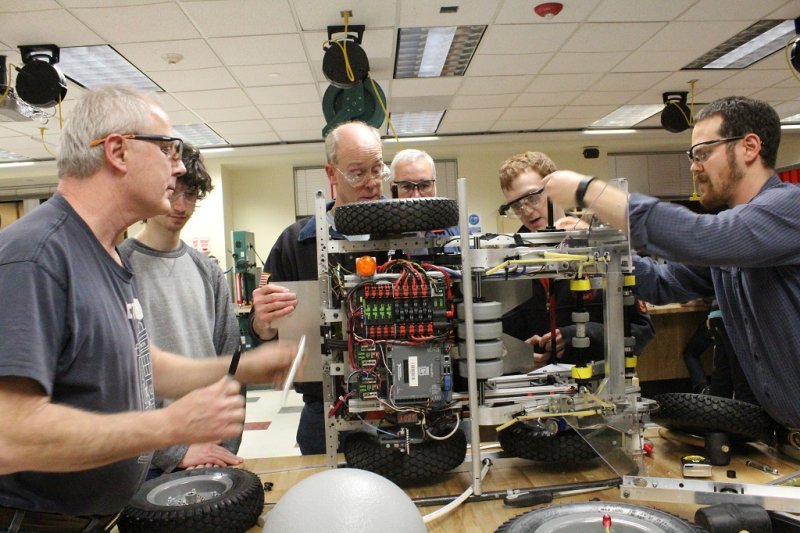 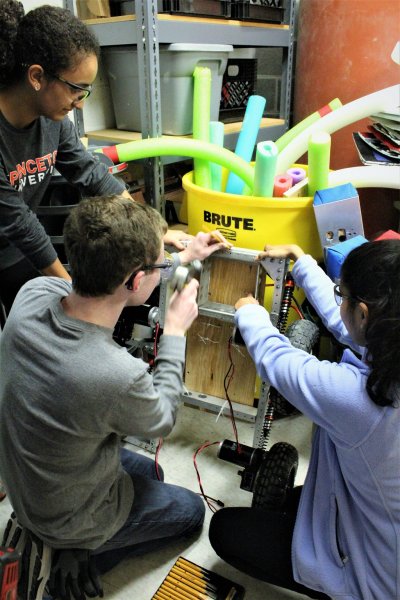