Today was the last day we could work on our robot! We had to make the most of our nine-hour build, and boy, did we. Some improvements included cutting a piece of plastic to the precise curve of the tube to hold it in place, as well as mounting a bar across the frame to hold it, while dealing with asymmetries and hard-to-reach screws. We also connected the tube mechanisms, like the brushes and flywheels, to power and did a final, complete test–the shooting system worked together perfectly! The bar pushed the balls into the tube, which rolled them up to the flywheels, which, as we determined a while ago, does a great job of sending them flying. In addition to the tube, we also finished the bumpers, which had been no easy job considering the obstacles (like axles in different areas, different-sized wheels, the gap in the front of the robot) we had to overcome.

But we’re not done yet. After bagging up the robot at midnight, we are allowed to keep 30 pounds of it out to work on. We chose the tube, and are going to work on it during our next build, which will be on Monday. Good work, Daleks! 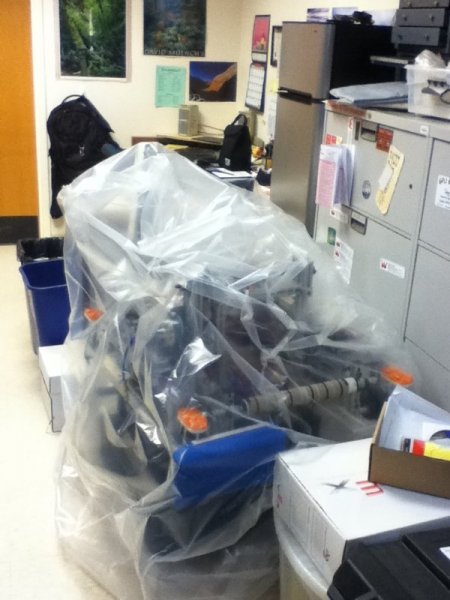 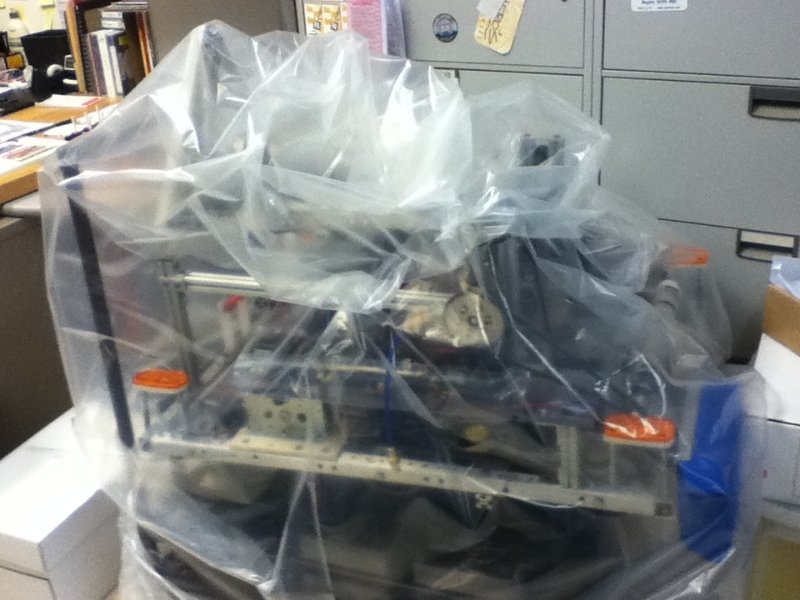 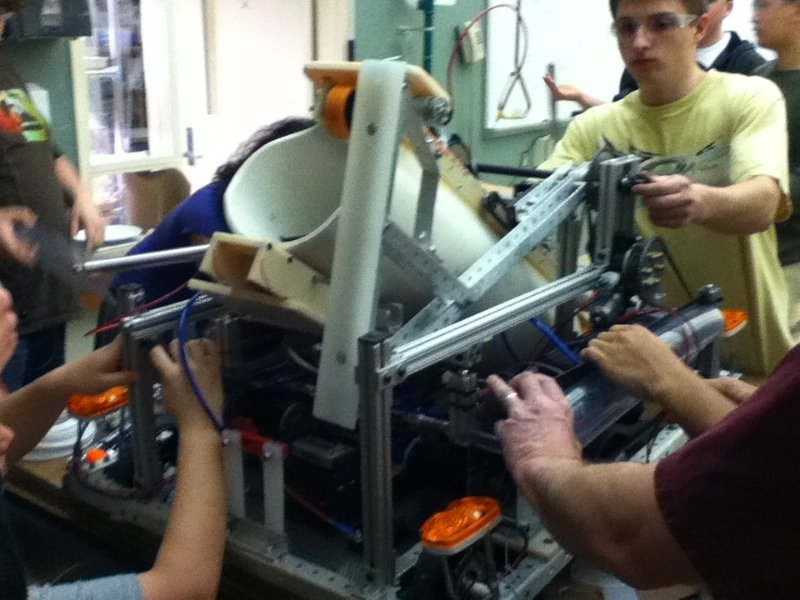 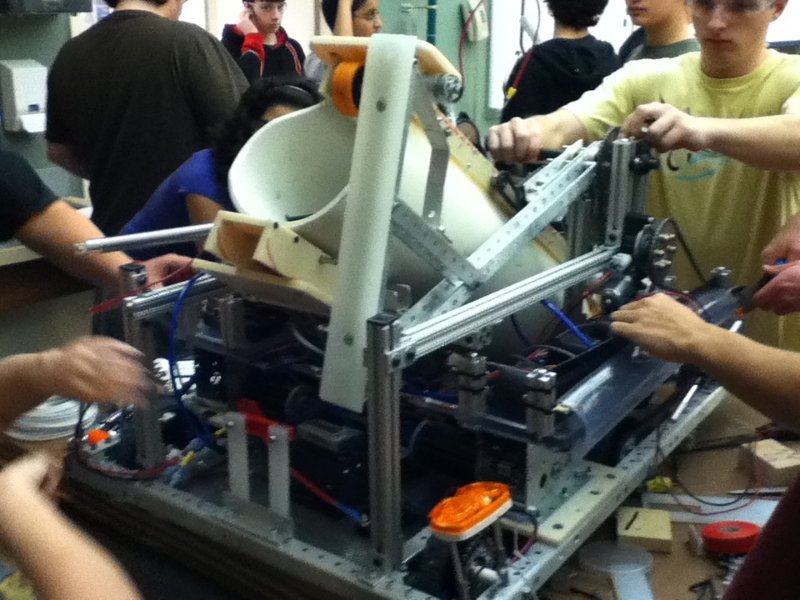 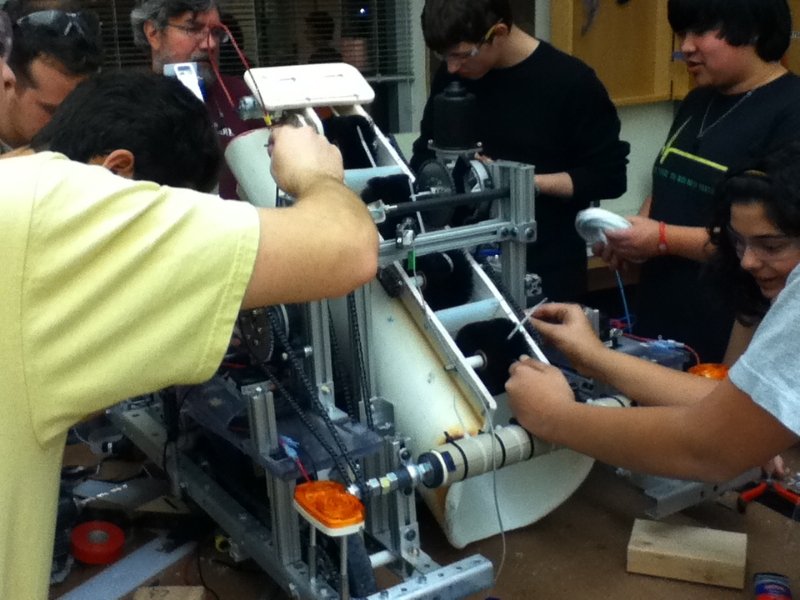 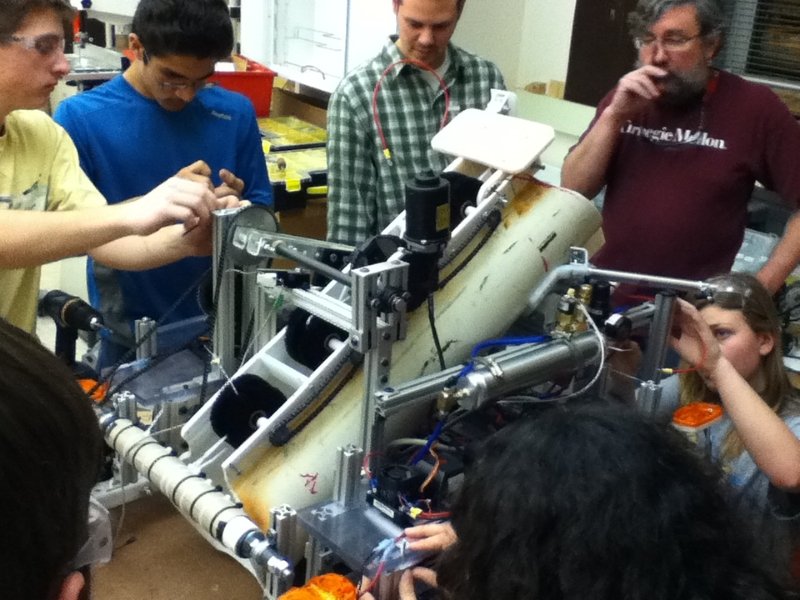 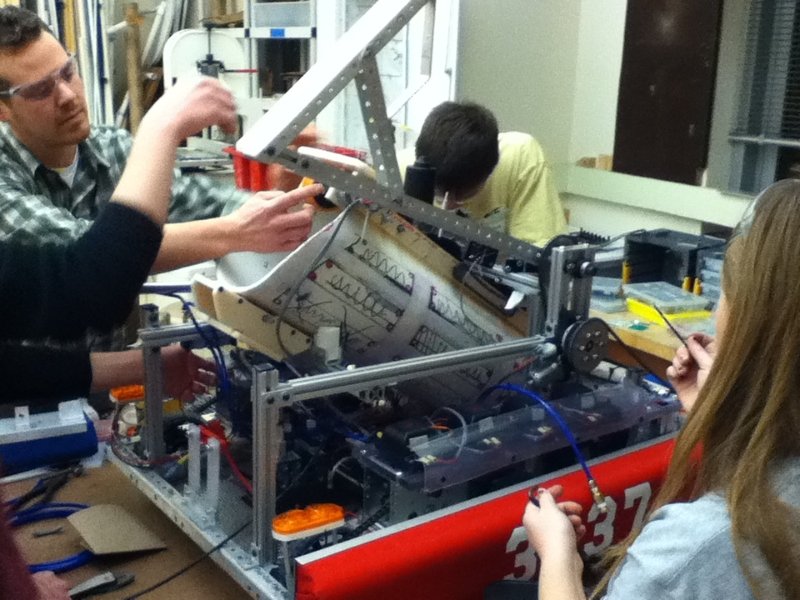 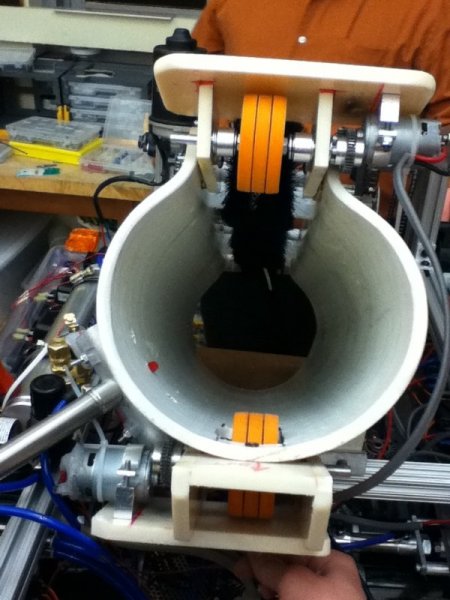 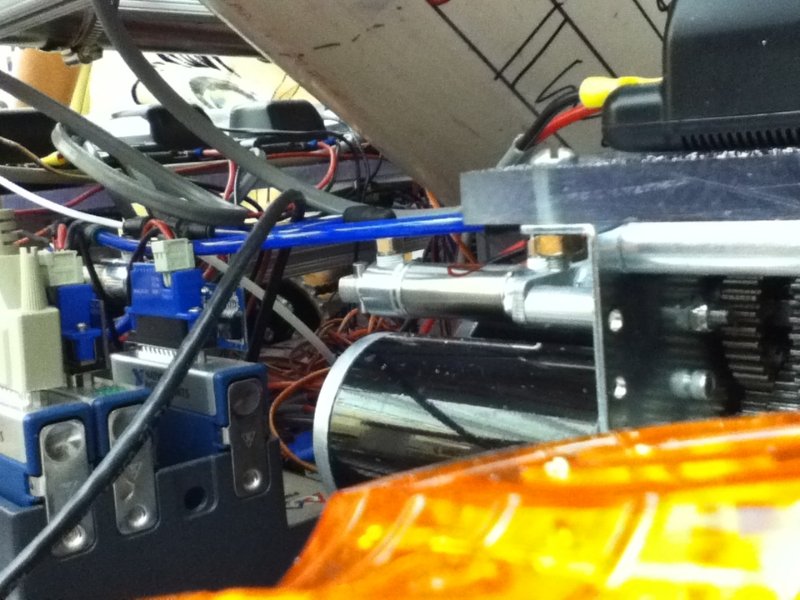