What a week! We hit milestones, built pieces, and overall did a lot of great work!

First, on Monday, edits to the drive train were made. Gears and chains were fixed (again), and we began construction (heating, bending) of a new tube for transport that will be the final version we use on the robot. We dismantled the old prototype tube and took off the brushes for use on the new one. The programmers collaborated so they could all view and edit the code, and some edits were made.

Then, on Tuesday, the gears for the flywheels were greased and put into place. We made some good adjustments to the chassis and the code as well.

On Wednesday, we got our robot to actually drive! It needs a hard connection to a computer, but the motors and code are running together nicely.

Last, on Friday, new tools came in! We drilled holes into the plexiglass and tapped them. Then, the paper was removed from the plexiglass and it was mounted onto the supports. We added an extra support onto the left side to support some of the electrical equipment, and the first Jaguar motor for the arm was mounted on the right with a support and a hole for the gears. The electrical equipment was rearranged on the board to accommadate the tube and the router was placed underneath the plexiglass with Velcro. We also modified the flywheels and fly heel gear system. 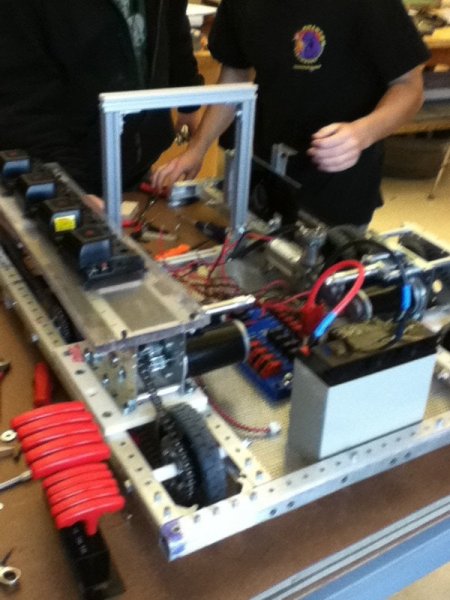 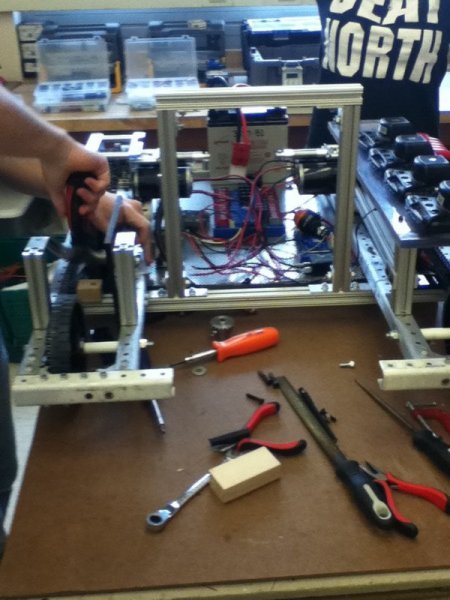 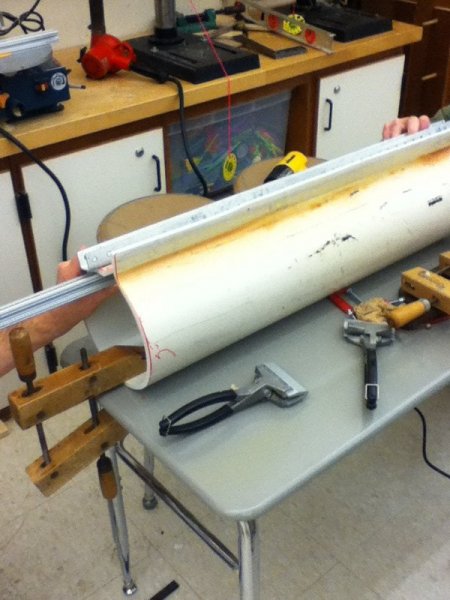 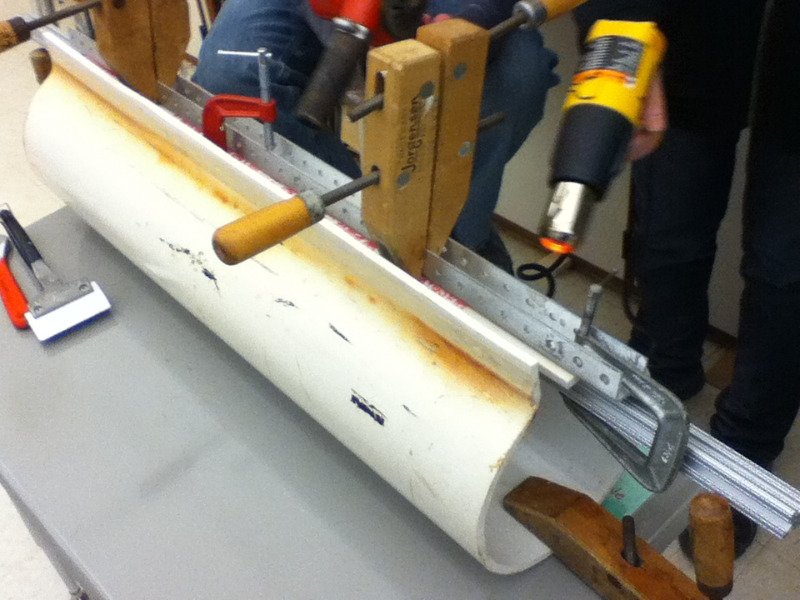 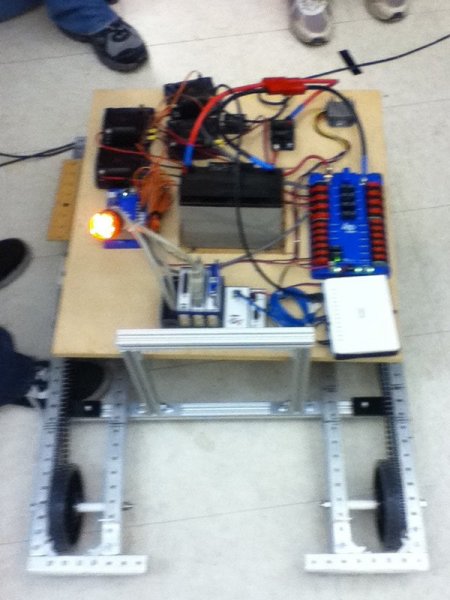 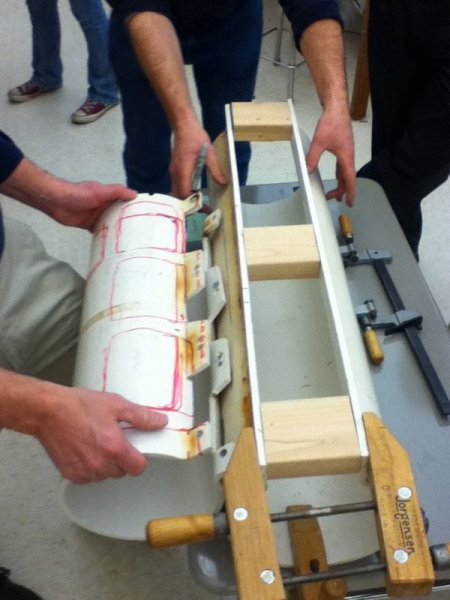 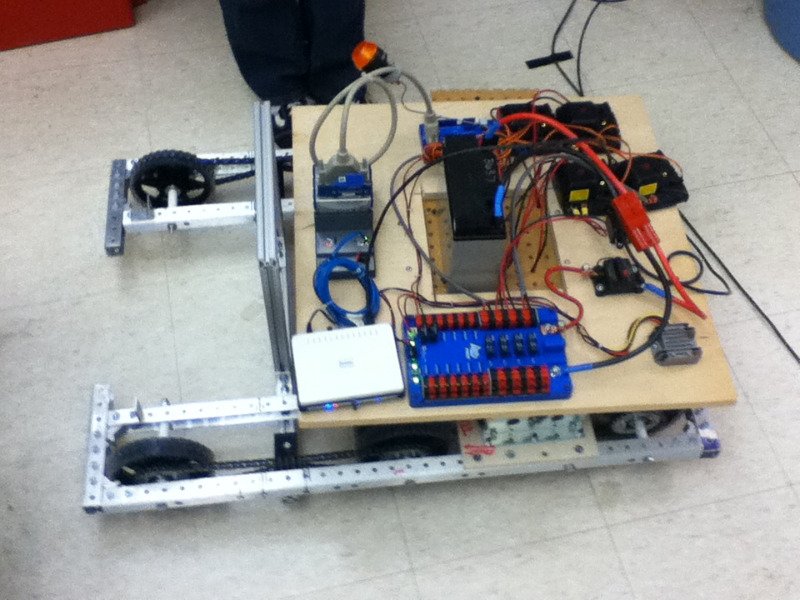 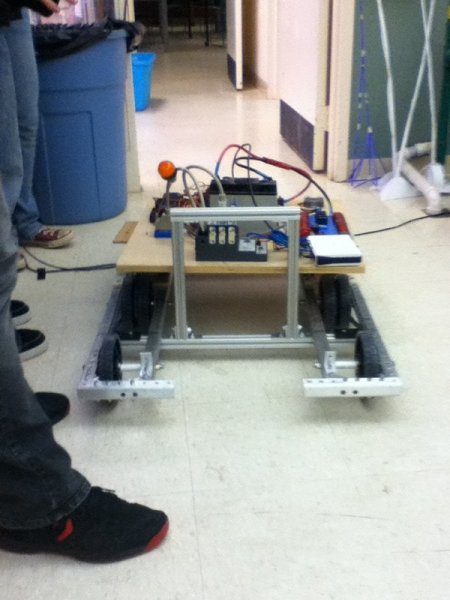 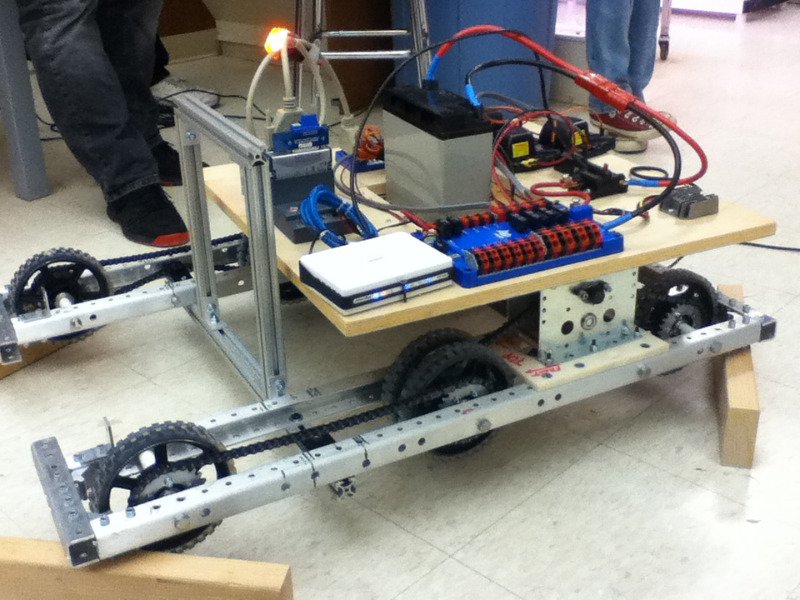 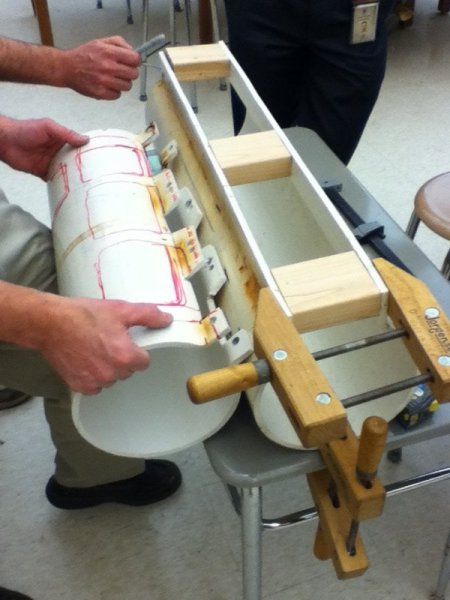