The six weeks flew by and before the Daleks knew it, it was time for the Bridgewater-Raritan District Competition. From cheering, to Chairman’s Award presentations, to scouting, to robot tune-ups, the day was filled with fun and passed before the team realized it. We finished in 22nd place and it was time for alliance selections. We were chosen by Alliance 6 and joined Team 747 and Team 219. Together we scored the high score for the day of 360! With great teamwork we made it to the finals but lost in a difficult match against the first seed alliance. We would like to thank our alliance members for helping us get that far and for a really fun competition experience! The time for awards rolled around and we were presented with the Finalist Award and Creativity Award sponsored by Xerox for our unique climbing mechanism! We are honored to have won our first engineering award. Also, our advisor Mr. M was awarded the Donald Bowers Inspiration Award for being an individual who instills the values of FIRST within their team. We are so proud!

A week later the team hopped on a bus to the Montgomery District Event. As always the Daleks enjoyed meeting new teams and interacting with new people. Between qualification matches, the team danced and cheered in the stands. We placed 20th place, an improvement from the previous competition! At alliance selections we were chosen by Alliance 7 and joined Team 4573 and Team 4575. After two tough matches, we were eliminated in the quarter finals but had a great time! In between matches we were awarded the UL Hard Hat Safety Pin, given to the teams with the Top 3 safety programs, and the UL Pit Safety Award, elected by our peers for the safest pit at the competition. At the awards ceremony we were presented with the Imagery Award in Honor Of Jack Kamen. This award “celebrates attractiveness in engineering and outstanding visual aesthetic integration of machine and team appearance,” and we are grateful to have been given it. Another exciting moment was when Mr. M was given the Woodie Flowers Finalist Award for being an outstanding mentor who leads and inspires. Mr. M, we thank you and are eternally grateful for everything you do for this team.

The Daleks have qualified for the MAR District Championships. Hope to see you there! 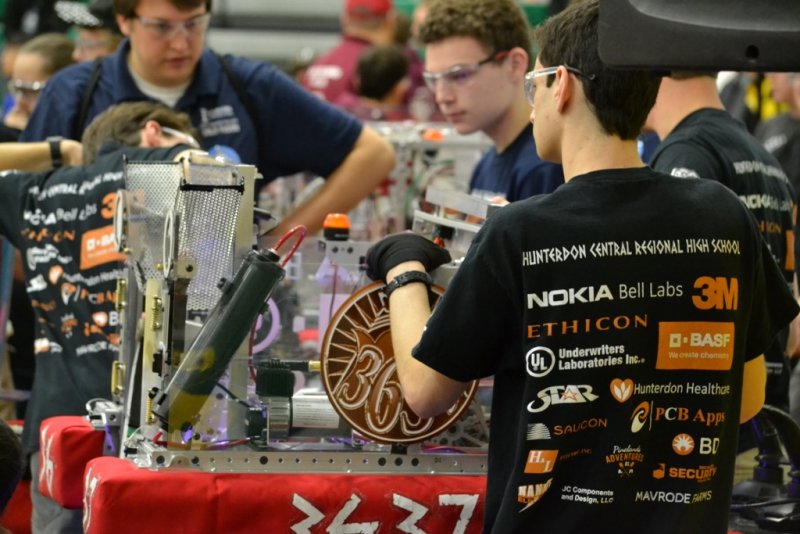 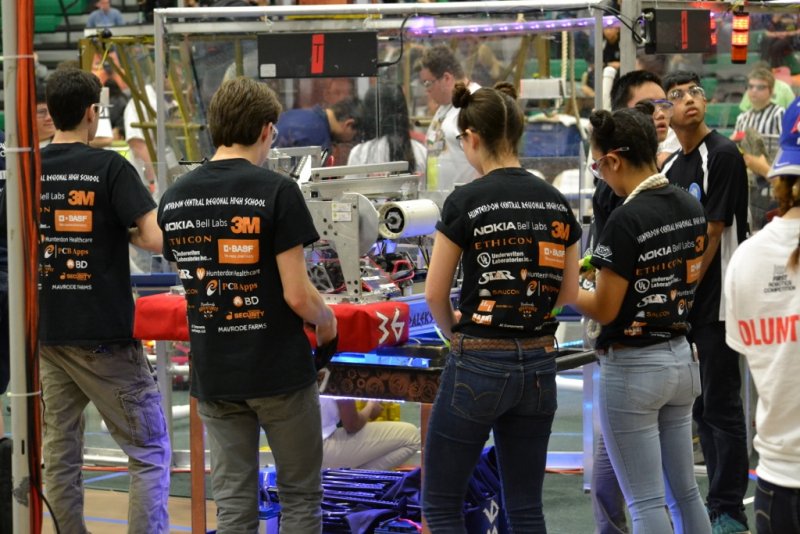 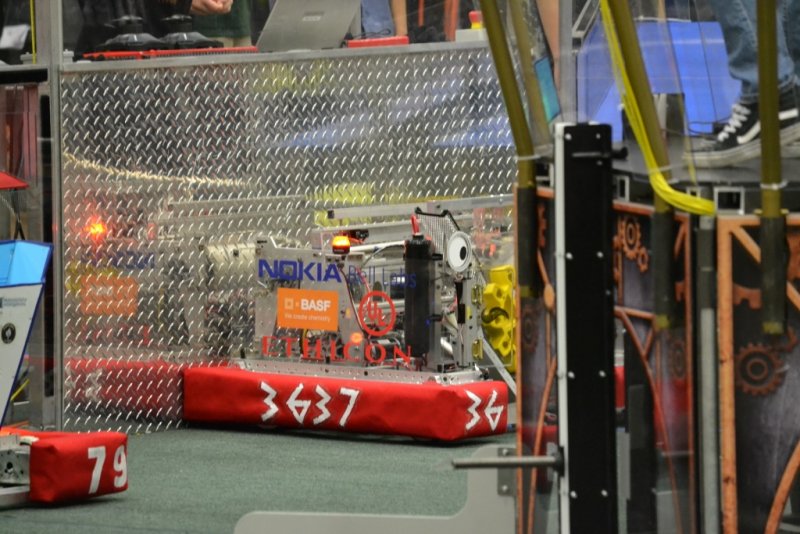 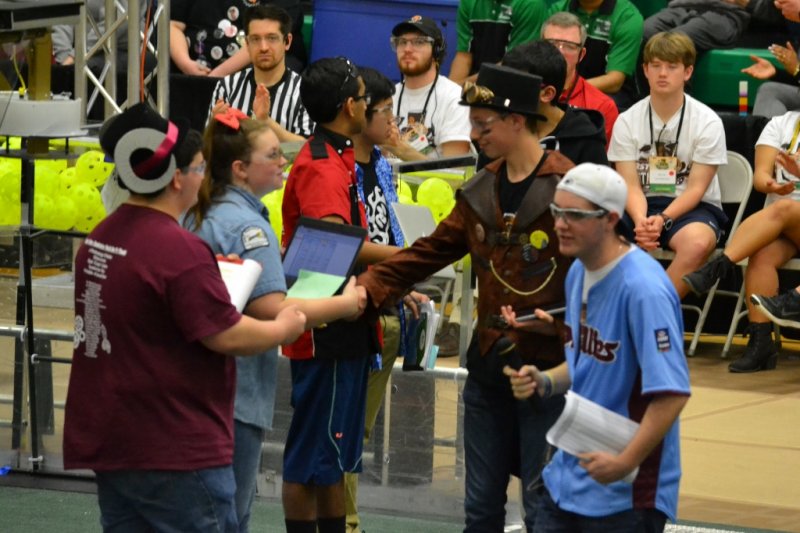 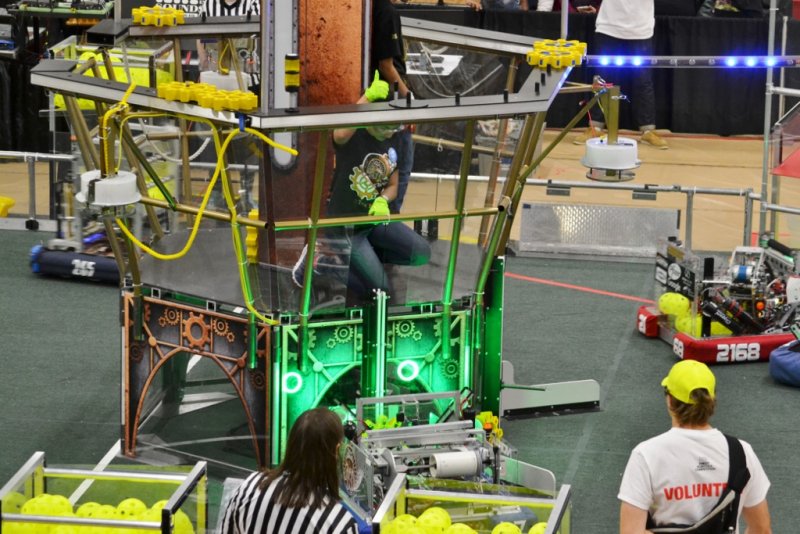 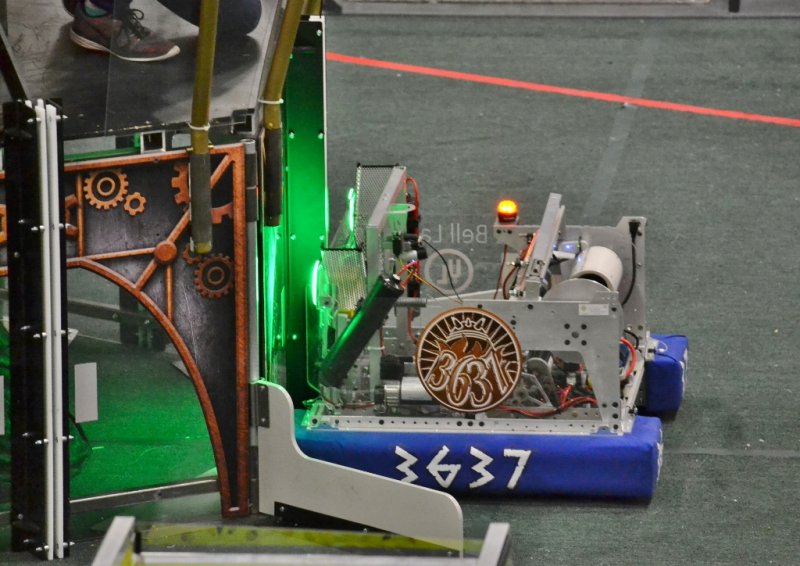 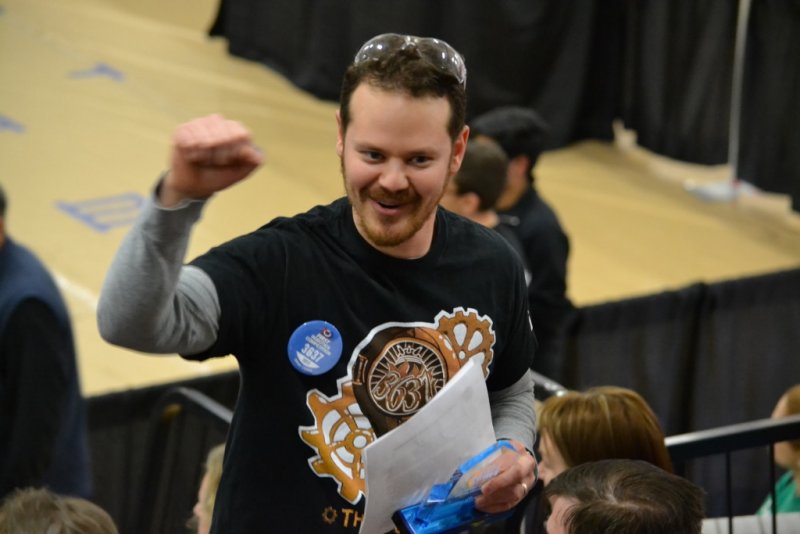 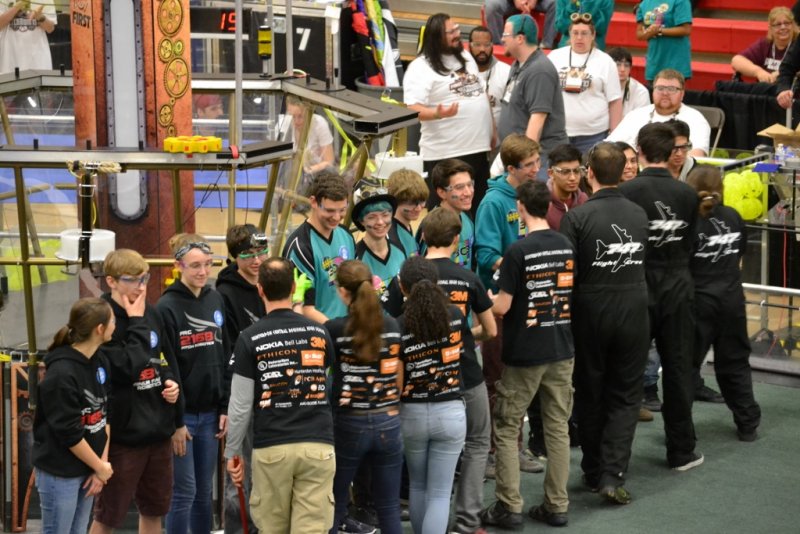 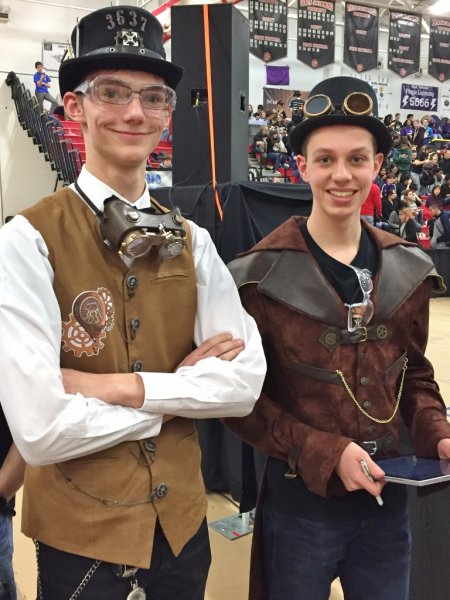 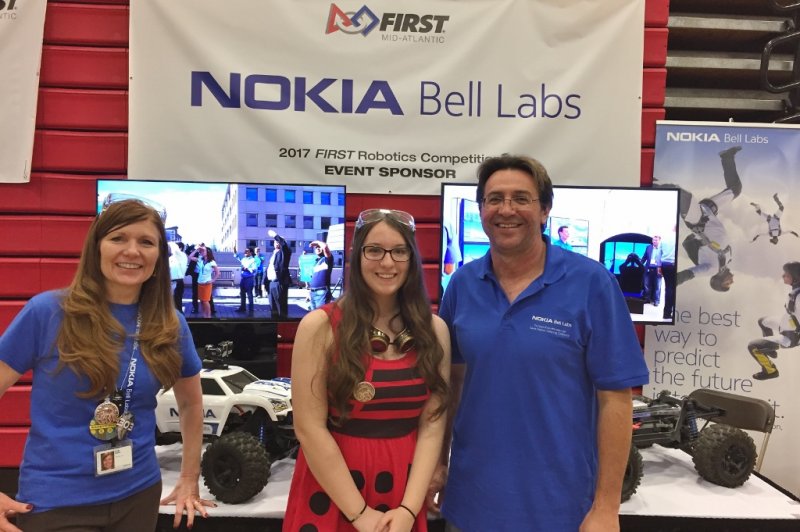 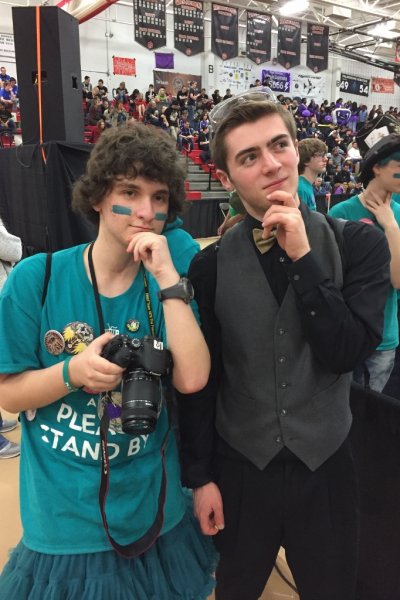 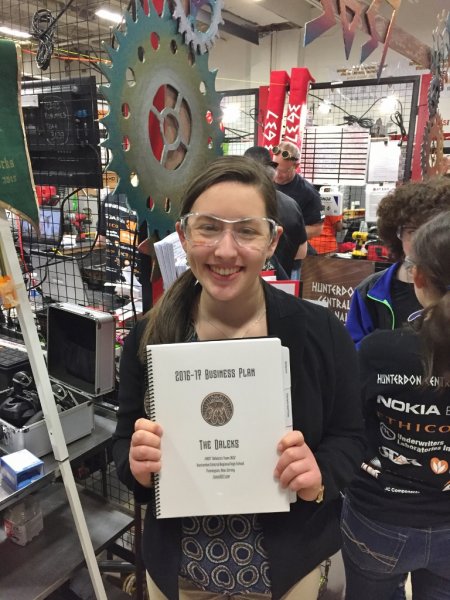 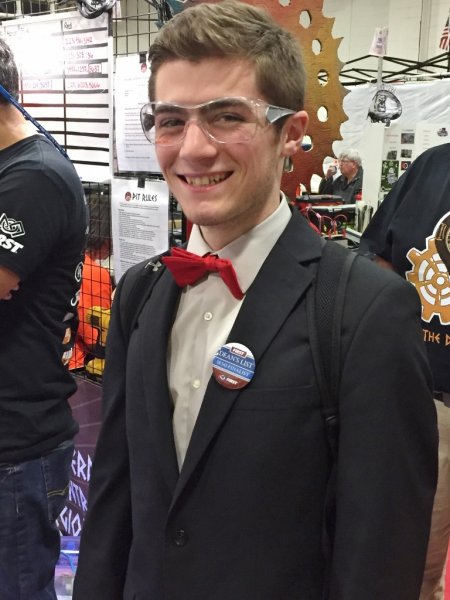 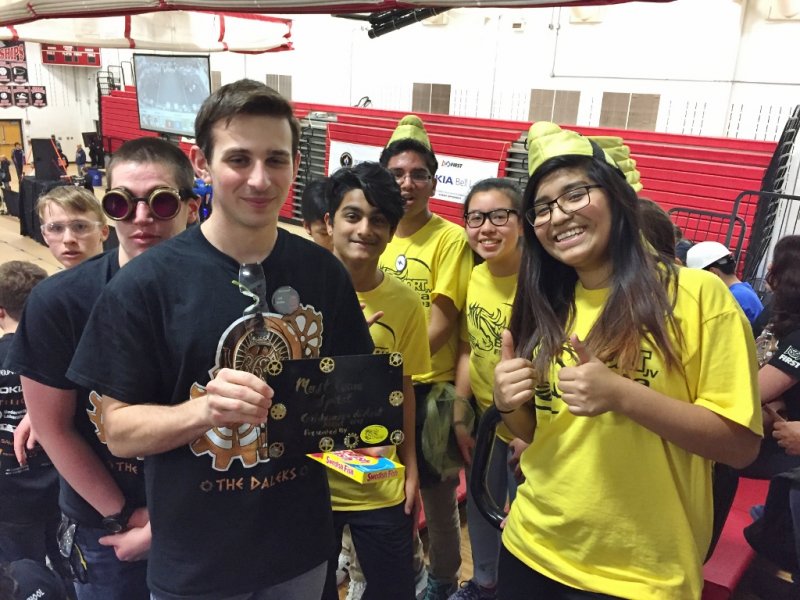 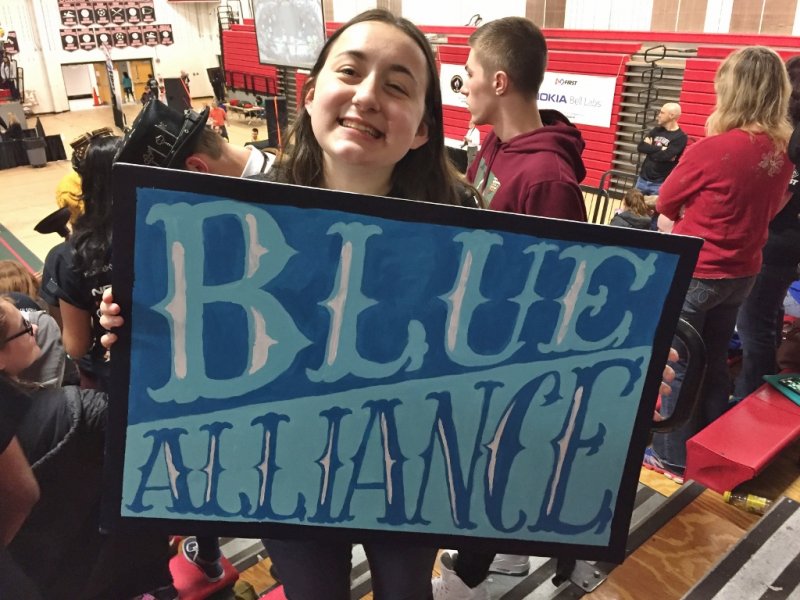 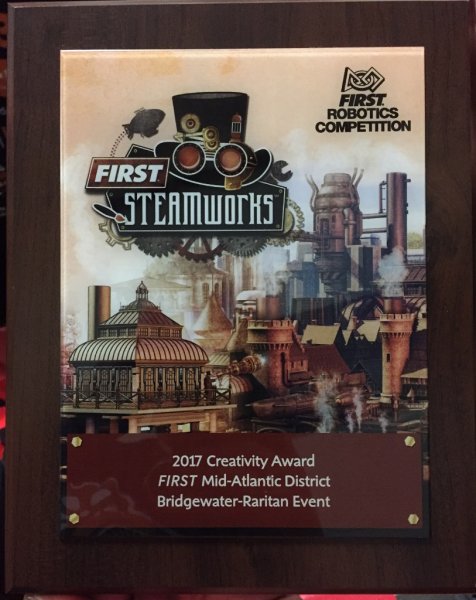 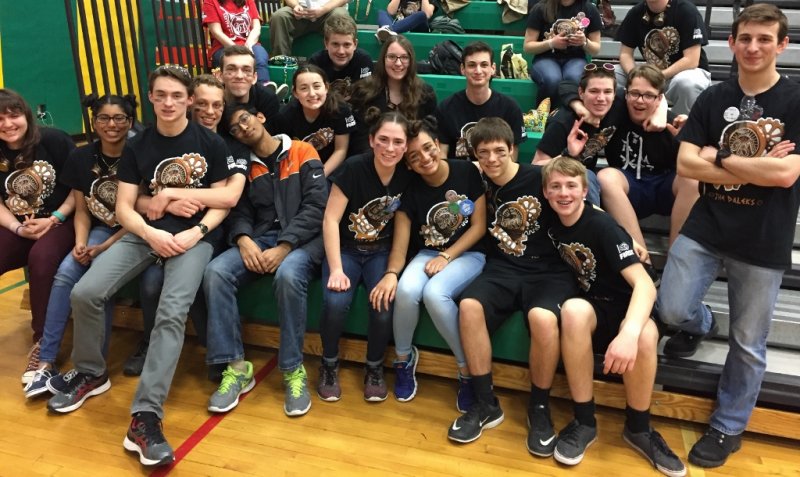 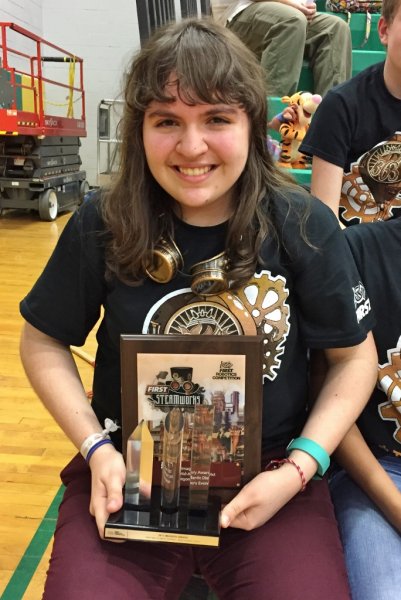 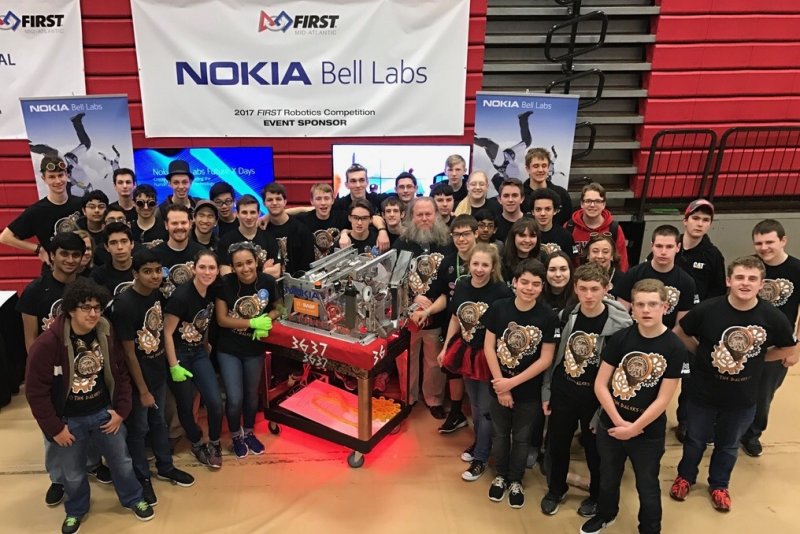 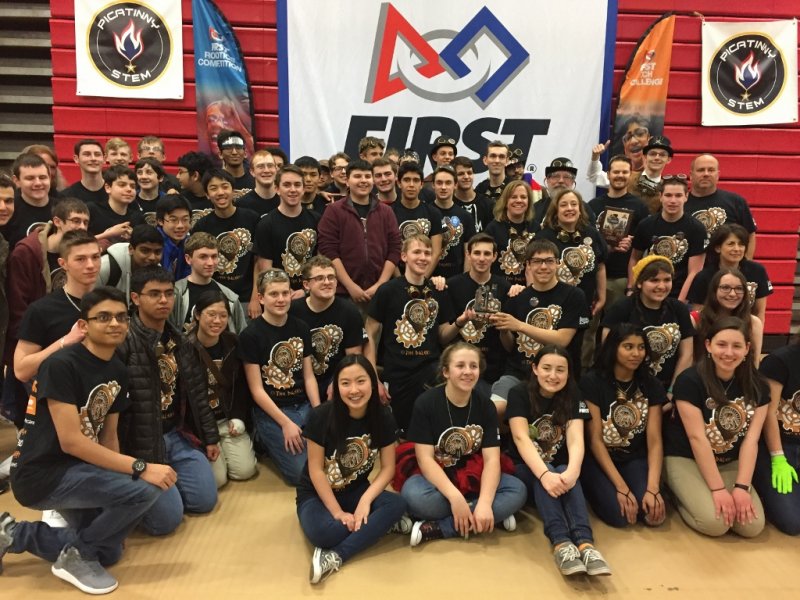