After three days of competition, the MAR Championship (held at the Liacouras Center in Philadelphia) is over! For us, this also means the end of the season, but I know all of us are very proud of our achievements.

Thursday the 12th was the first day of competition (a few of us went and dropped off the robot at our pit the day before). The event started in the afternoon, and we only had one match.

Friday the 13th was when most of the action happened. We started off slow, losing our first three matches, but then we heated up, winning matches and scoring from Coopertition. By the afternoon, we had recovered from our poor start, usually staying around 15th or so in the standings.

Today was the last day of the event, and we had three matches. We won the first two, but we lost the last one, and failed to earn any Coopertition bonus as well. This hurt our position in the standings significantly. After all the qualification matches were over, the top eight teams took turns picking other teams for their alliances. Being in 32nd place, we were obviously not one of the eight alliance captains, and disappointingly, we were not picked by any of the alliances, ending our season.

Even though we didn’t advance, everybody did a great job today! We did very well this season, advancing to the regional championship in only our second year as a team!

Below are pictures from the second two days of the event. 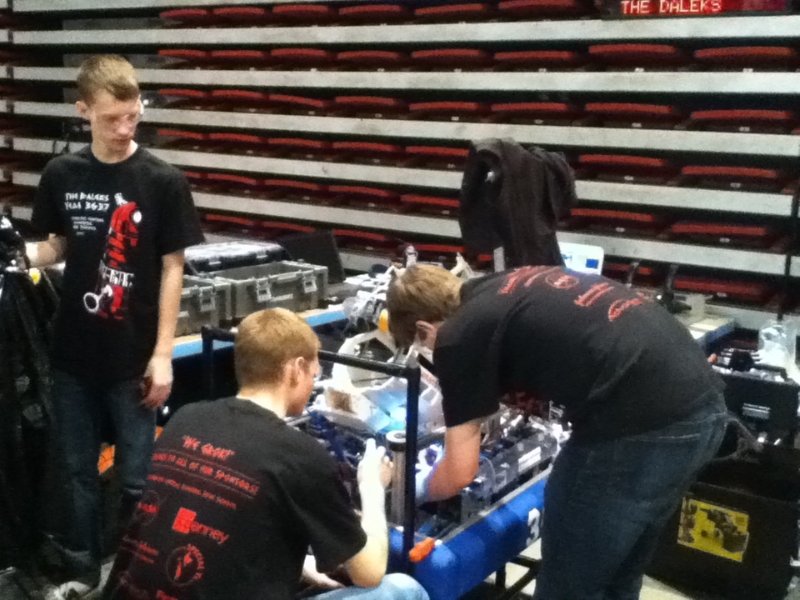 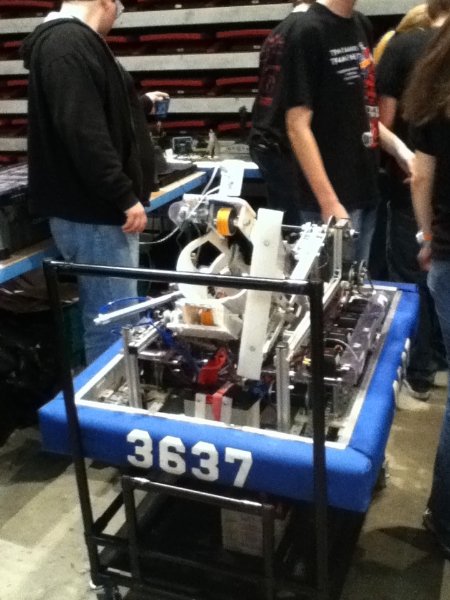 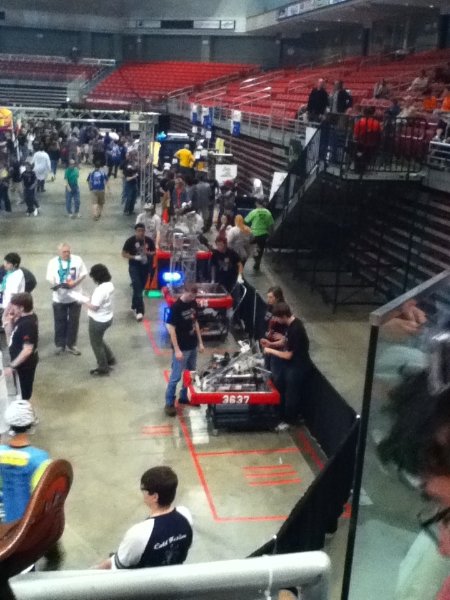 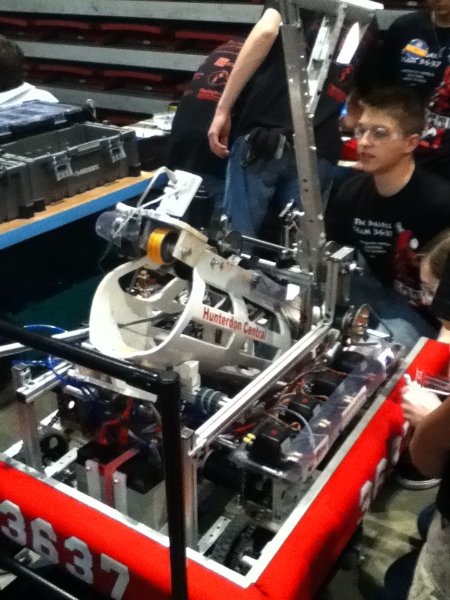 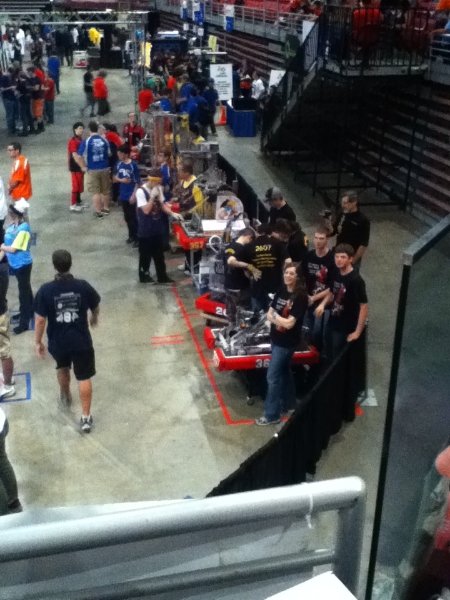 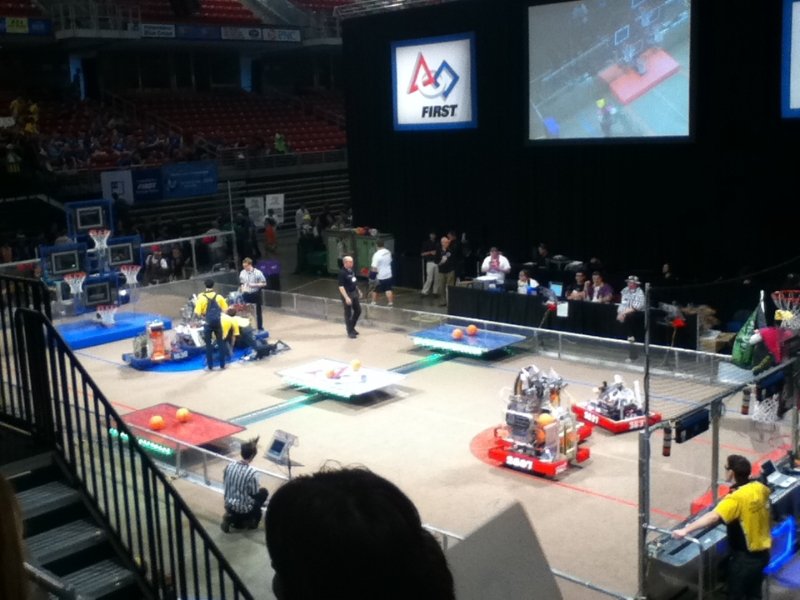 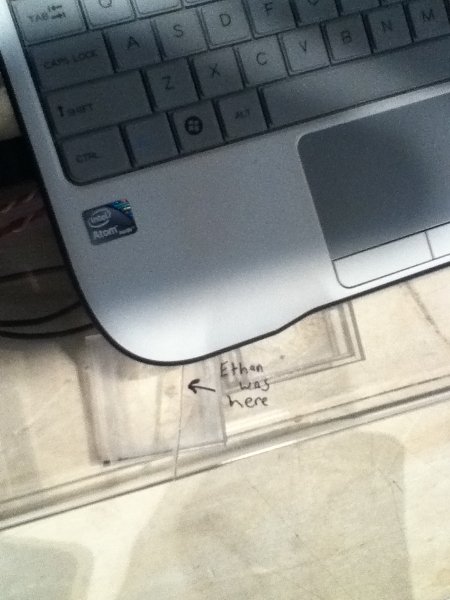