As at all FIRST® events, the competition was fierce. Overall, the Daleks placed 2nd in the standings after the qualification matches, an all time high for the team! Later that afternoon, the Daleks, becoming the alliance captain, were joined by Team 869, PowerCord and Team 272, Cyber Crusaders. The Daleks had a blast working with these teams and cheering in the stands with them. But after a rough best 2 out of 3 competition, the Daleks and their allies were eliminated in the semi-finals. Team 3637 is proud to have made it as far as we did and we could not have done it without the help of our alliance partners.

Although the Daleks were eliminated from the competition, the day was not over yet! Earlier in the day, Team 3637 won the UL© Pit Safety award which we were elected for by our fellow teams. We also received the UL© Hard Hat award for the top three safest teams of the day. And last, but certainly not least, the Daleks were presented the UL© Industrial Safety Award which “celebrates the team that progresses beyond safety fundamentals by using innovative ways to eliminate or protect against hazards.”

All in all, the Montgomery Competition was a day of great successes in the competition, in safety, in making friendships, in learning, and in having fun! 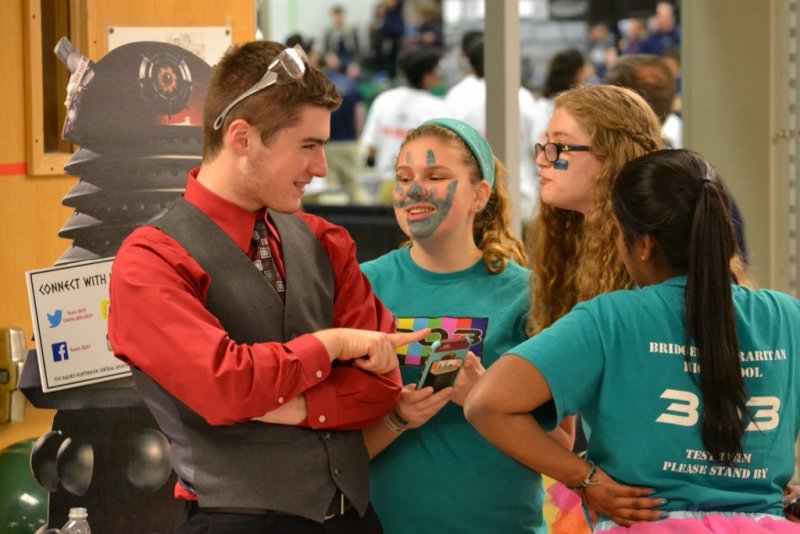 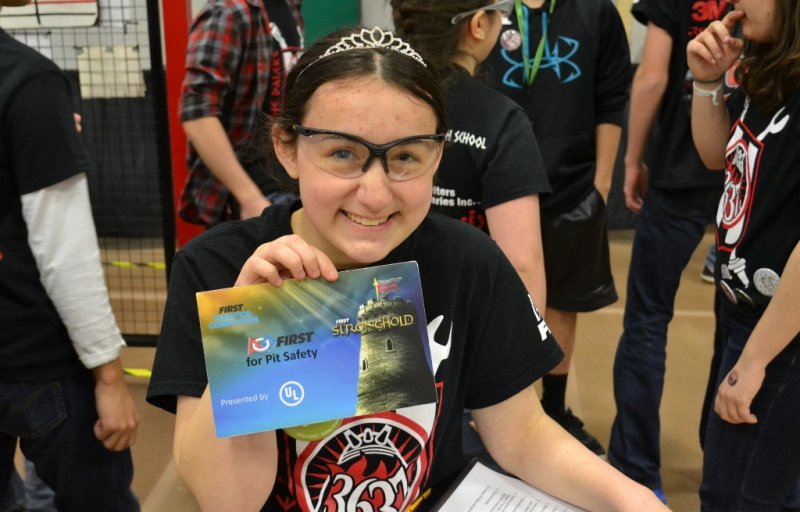 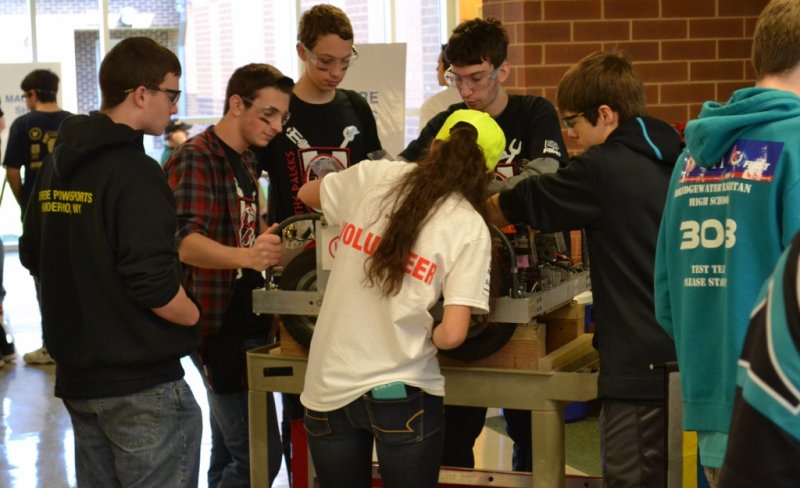 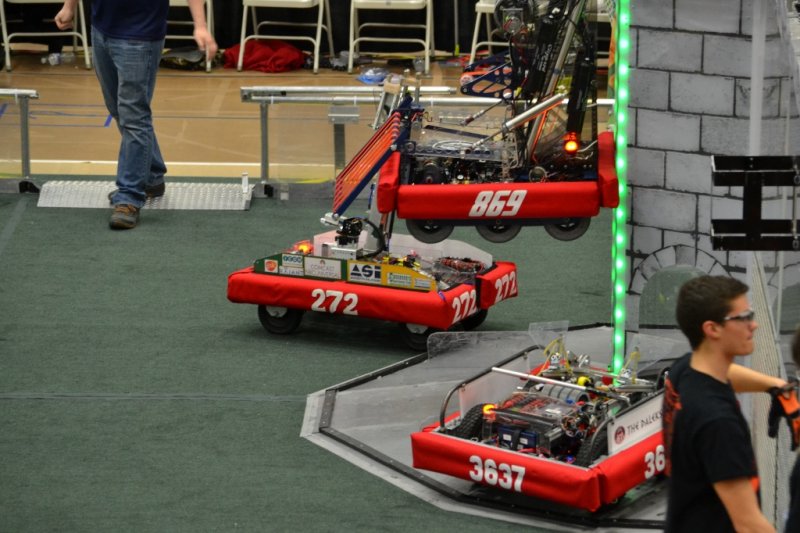 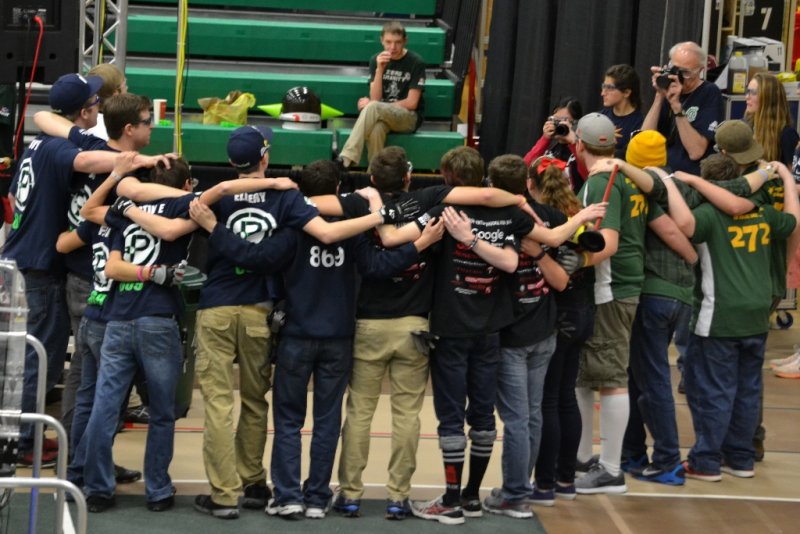 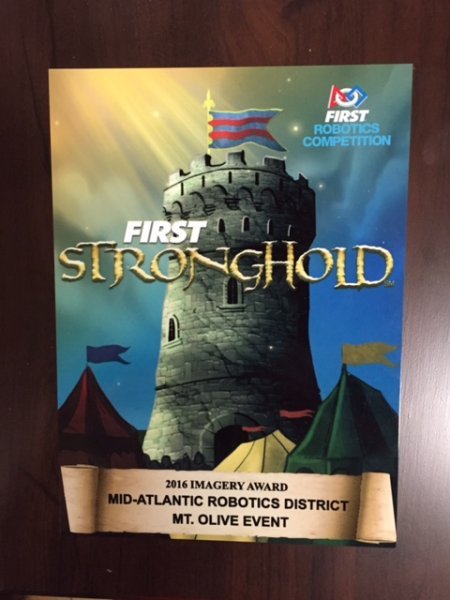 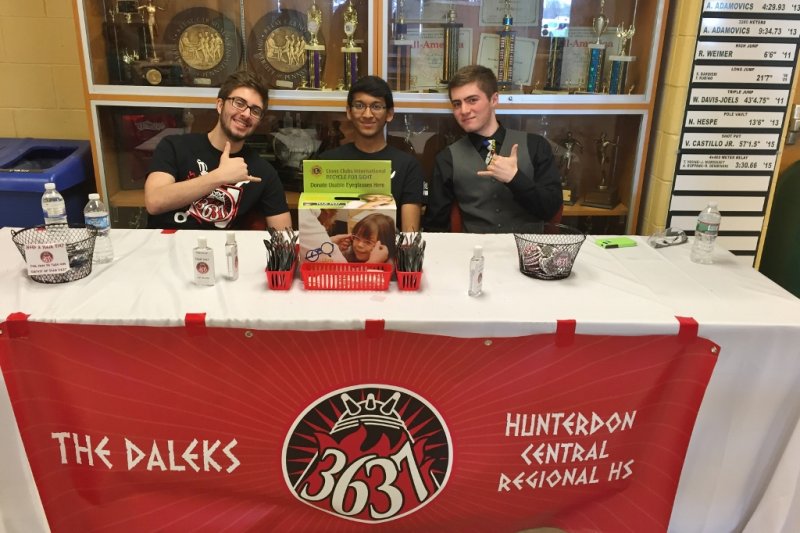 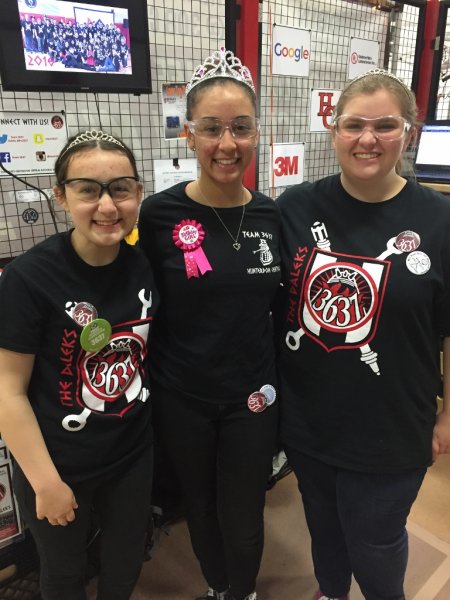 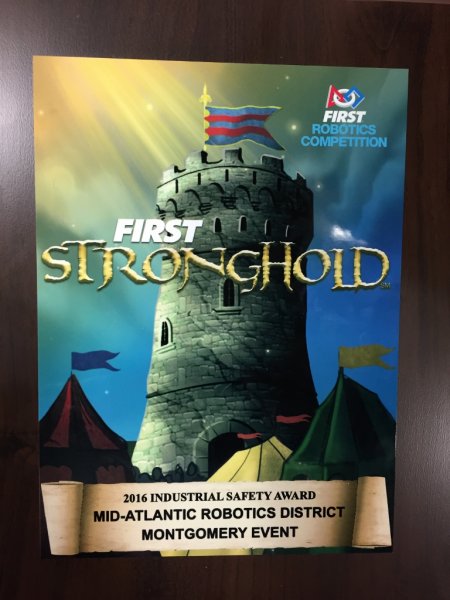