When we arrived at TCNJ on Thursday night to set up the pit, we still had not yet tested our climber with the rest of the robot. We knew we were going to face a big challenge the next morning, but we were determined to face it with strength and resolve.

On Friday, as soon as the pits opened, we went to work attaching it. We knew we had to be fast, since there was a lot to do in the short time before our first match. We didn’t even put our dumper on the robot in an attempt to make it easier to reach the climber. Despite our efforts to work quickly, some code refusing to deploy still forced us to miss our first two matches (one of which our alliance partners were able to win without us).

Even once we got on the field, we were still plagued with breakdowns, mechanical failures, and whatever other issues the robot gods decided to throw at us. In one of our matches, we were able to get off the ground and score 10 points for our alliance, pushing us to a 102-100 victory. However, the next match in which we tried to use the climber, one of the stationary hooks that holds our robot on the pyramid broke. So when we turned off the power to our robot, it slid back down. Toward the end of Friday, one of the pulleys in our drive train somehow got bent. Whenever we tried to move, it made the horrible noise of belts skipping, as well as not being able to make a right turn. Finally, on Saturday, when we tried to use the climber again, it couldn’t pull the robot up the pyramid because it was drawing too much power–entire batteries discharged in just minutes. Sitting in 28th place out of 37 teams, we were not tapped for an alliance by any of the top 8 teams.

While the competition was a little disappointing, there were some good things that came out of it. First, we did some scouting, and we were able to get a good sense of other teams’ strengths and weaknesses. In addition, the competition gave us something very valuable–practice. We had not tested our robot before, and we got an opportunity to do exactly that. And it also let us continue to work on our robot and improve it, so we still made a lot of progress even if we didn’t make it to the elimination matches.

With this experience under our belts, Team 3637 will be getting ready for our next competition in a few weeks. By then, we will be a formidable force and a valuable alliance partner. 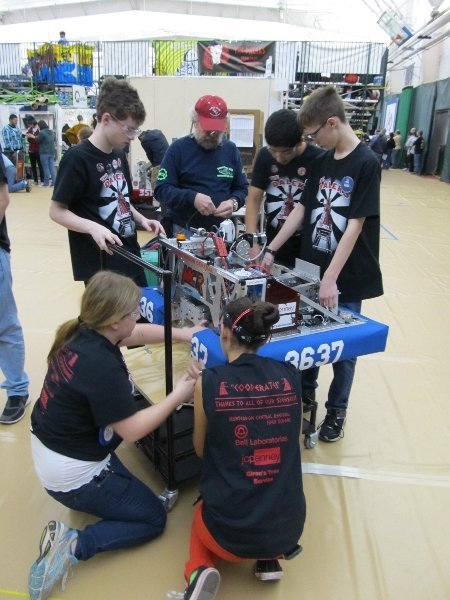 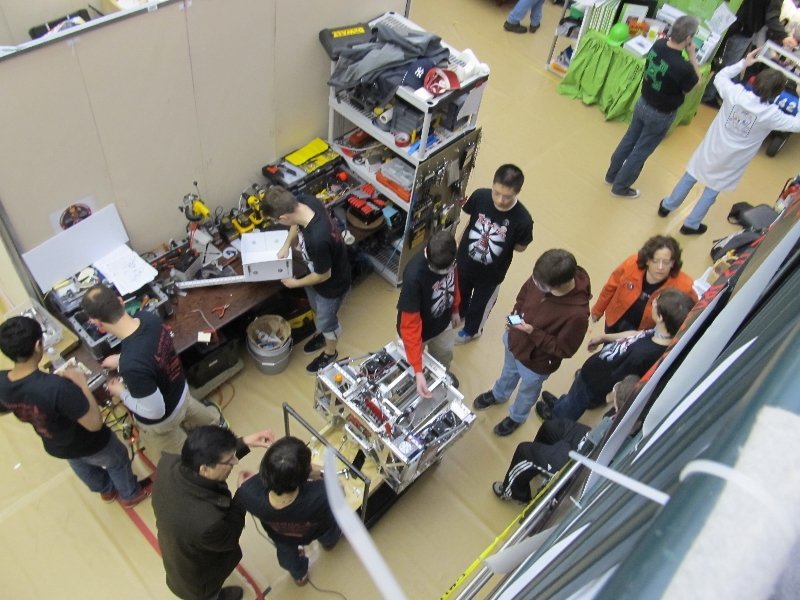 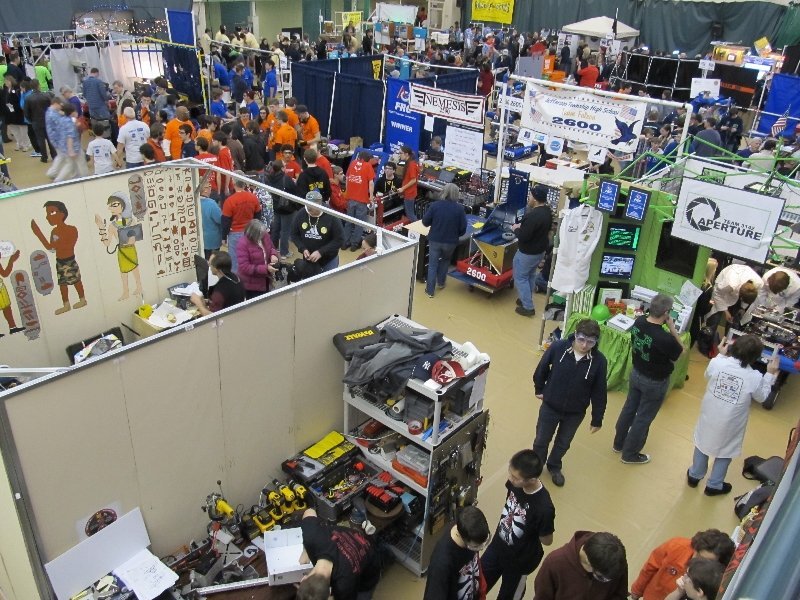 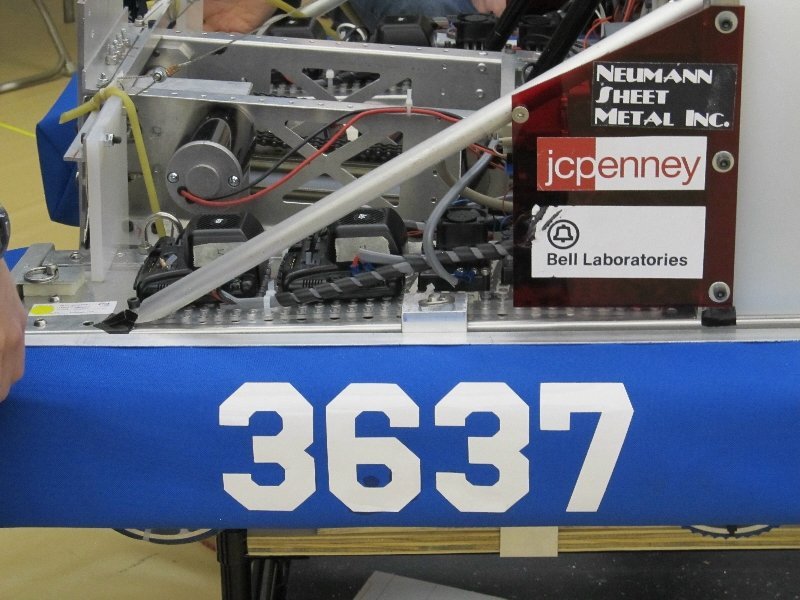